Free Shipping On Orders over $39!

What Is The Low Fodmap Diet?

Healthy Eating May Not Help Reduce Your IBS Symptoms…

Here’s What You Can Do to Fix It

If you suffer from IBS, pinning down the cause symptoms can feel like trying to play tug-of-war with greased hands.

But would you be surprised if I told you that a lot of healthy foods (even some that IBS sufferers eat as “alternates” to the bad ones) can actually keep symptoms coming back?

If you’ve been including any of these in your diet (especially in an effort to eat healthy and avoid IBS symptoms), this might seem a little discouraging.

There’s a lot of conflicting information out there about which foods cause symptoms. I’m sure you’ve been frustrated by coming up empty-handed in your own research.
But what if there is a way to know with certainty exactly which foods are causing your symptoms?

Well, there is a way.

But you have to want it. Do you want to nail those problem foods so you can finally have some real clarity about which ones are causing your symptoms? Of course you do.
If you’re seriously over the embarrassing rushes to the bathroom, the unbearable stomach pain, and the hopeless confusion about what’s causing it all, then here is your answer: 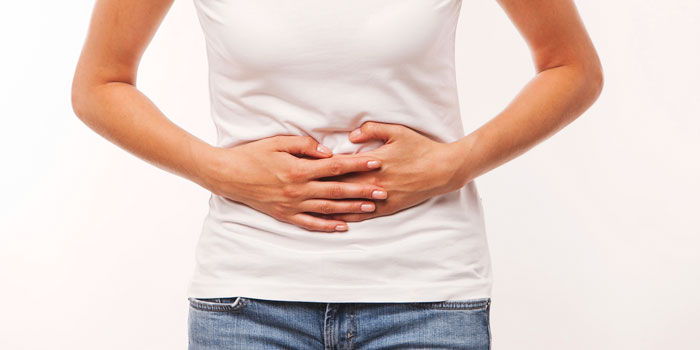 What Is The Low Fodmap diet.

I know you’re probably groaning at the word diet. But hear me out. Because this isn’t just another food plan that fizzles out because your symptoms don’t really get much better after a couple weeks of trying.

If you can buckle in and get down to business for at least 2 weeks and at most 8, you’ll have the answer you’ve wished for forever.

The low fodmap diet is designed specifically to identify all possible (food) causes of your symptoms. And once you know exactly which foods are the offenders, you can simply remove only those ones. And then you’ll be able to live a symptom-free life, never again wondering, “what did I eat this time??” while suffering and sweating on the toilet.

And the diet isn’t indefinite. It’s job is finished once you’ve identified only those foods that bring on symptoms. Then you can go back to your normal eating habits (just without the newfound offenders, of course).

At the start of the diet, you’ll banish all “high fodmap” foods from your diet. Foods that are “high fodmap” contain a lot of short-chain carbohydrates (such as fructose and lactose), which are the sneaky little devils that are responsible for so much of your suffering. 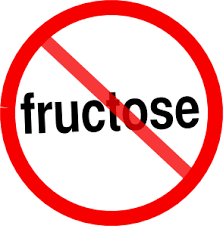 At the start of the low fodmap diet, you’ll banish all “high fodmap” foods from your diet. Foods that are “high fodmap” contain a lot of short-chain carbohydrates (such as fructose and lactose), which are the sneaky little devils that are responsible for so much of your suffering.

Remember that list of healthy foods above? Those are filled with short-chain carbs, which is why they can actually keep symptoms coming back.

Once you’ve removed short-chain carbs from your diet and body (and your symptoms have stopped!), you’ll be able to start reintroducing foods you used to eat, one at a time. If you have another painful rush to the bathroom, you’ll know it’s because of that specific food. On the other hand, if you’re still symptom-free after trying it, then it’s no longer off-limits! And it’s onto the next food.

Eventually you’ll ease yourself back into your normal diet, just without the foods you identified as causes of your symptoms.

How is the low fodmap diet different from other diets/fixes?

Most other diet restrictions are simply a list of “forbidden” foods based on the average behavior of IBS. But here’s the problem with that: even if you cut out certain foods known to typically cause symptoms, you might still get symptoms from foods that aren’t on the off-limits list. And you won’t be exactly sure which foods they are.

On the other hand, the low fodmap diet is precisely designed to “clean the slate” of your body by removing all high fodmap (high in short-chain carbs) foods. Then you begin to systematically reintroduce foods and accurately pinpoint those that cause your IBS symptoms.

This results in you having a much more personalized list of off-limits foods. You won’t be following some general list, inadvertently cutting out foods you don’t have to, or continuing to eat foods you should really cut out.

The low fodmap diet seems to promise a lot… is there a catch?

It depends. Are you willing to put in a little bit of work to figure out precisely which foods cause your symptoms? The main challenge with the low fodmap diet is that you’ve got to be diligent about sticking to it.

But don’t worry. As I mentioned before, it’s typically 2-8 weeks on the diet, and a lifetime of freedom. And if you’ve ever committed to doing anything for a couple of months, you’ll be able to pull off the low fodmap diet. It will be so worth it when you’ll never again have to pull your hair out in frustration because you can’t seem to escape those painful, life-disrupting symptoms.

Another challenge people face is that it’s difficult to find proper information on how to do the diet right (which is essential to getting precise results). Although it’s gaining popularity, especially among gastroenterologists, there’s one primary reason that there hasn’t been much official info: pharmaceutical companies can’t make money from it (because it doesn’t require any medicinal solutions). So they don’t bother investing in research.

So where do you start then?

Here’s how you can get the ball rolling.

We’re introducing something that anyone wanting to try the low fodmap diet will find invaluable: The Gut Program.

If you’re interested in getting all the information you need to get started and having a support group behind you every step of the way, you can give it a try for free. 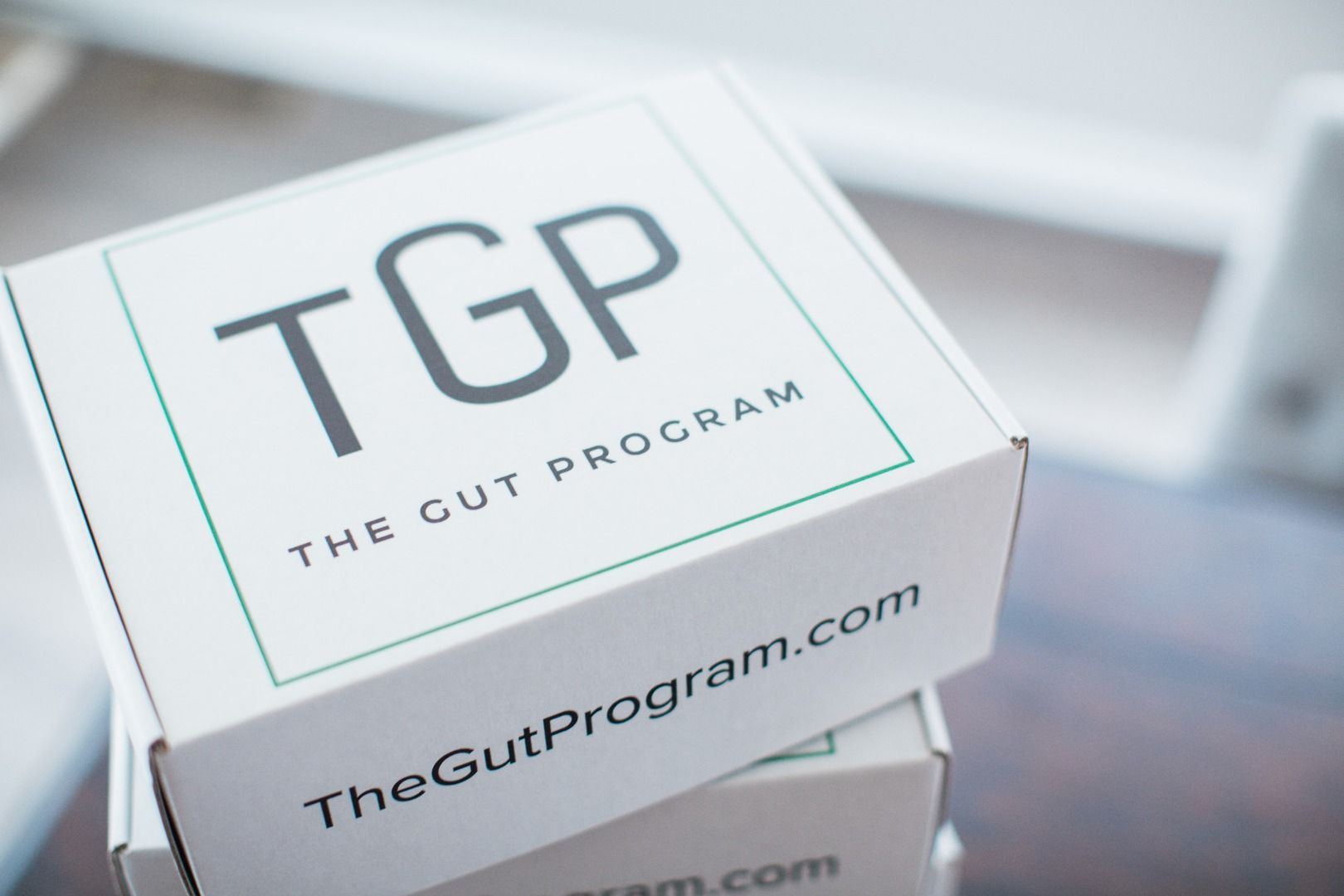 Here’s what the box contains: 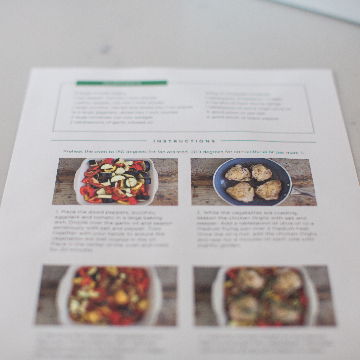 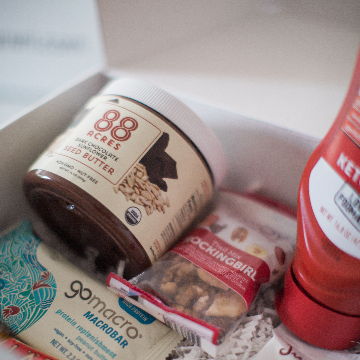 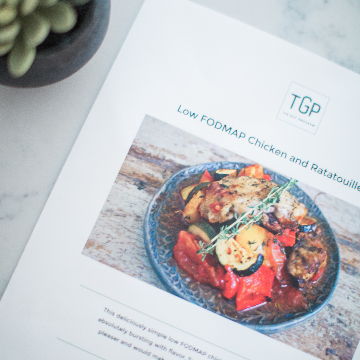